Meaning of smurf in League of legends LoL 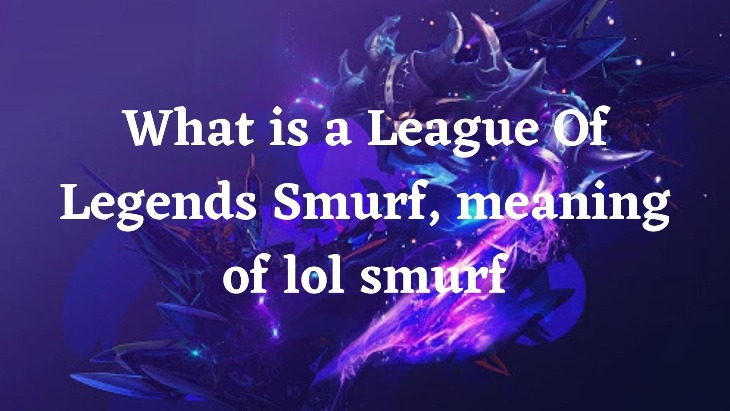 Meaning of smurf in League of legends LoL

What is a LOL smurf?

﻿A League Of Legends smurf is someone that is playing on a alternative account often lower than their own elo. They play on these league of legends smurfs for fun or to learn a new champion/lane, also they play on smurfs to see with how much winrate they can reach their desired rank or when they are stuck with bad mmr and want a fresh account to go past that. League Of Legends smurfs are allowed by Riot Games (the creator of league of legends) so thats why you see them often in your games. In lower elo the chance you are playing with a smurf is 1 out of 10 games and in high elo 1 out of 15 games! If you see them try to give them as much resources so he or she can carry you to get your free LP.

Why is smurfing fun?

Smurfing in League Of Legends is alot of fun! You can try new ways of playing League that you can normally not do! Like playing Lulu jungle and getting 20 kills or by playing Twitch and spaceglide on them with ease no need for good kiting skills when they can't even play the game. Due to recent changed to League Of Legends ranking policy you start playing against silver/gold players instead of gold/plat this makes the first games alot of fun on your account! If you are lower elo than this you can see how you would preform against gold and silver players.

What server has the most smurfs?

At this moment the most smurfs are on Europe West. This is the biggest western server and alot of people smurf here because they have well known smurfers like Rat IRL and Pornstar Zillian. These players stream on Twitch.tv almost daily playing on fresh new accounts and try to get high elo with the least amount of loses. This created a big scene in Europe everyone wants to smurf these days not only famous smurfers do this but also pro players every year when they do a bootcamp in the country where worlds is held at. Most of these pro players reach challenger with over 65% winrate like it is nothing.

Are you interested to buy a league of legends smurf: https://turbosmurfs.gg/