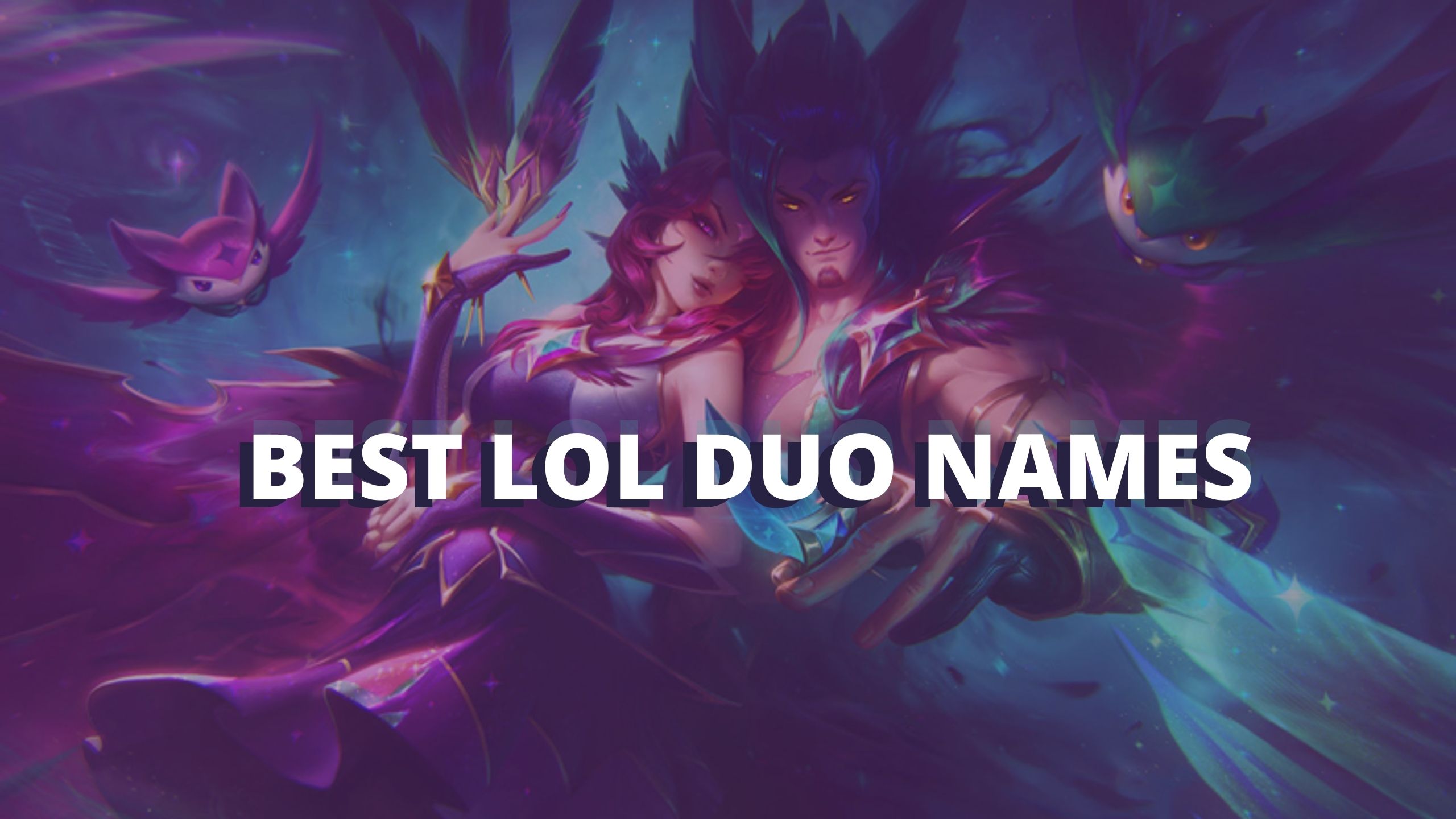 Summoner names have always been an integral way of showing your personality and identity on Summoner’s Rift. Whether it’s an acronym of a champion like Susan (Nasus mains) or something similar to your in-game main like Yassuo, players have always found unique ways to express themselves through these names. Similarly, through League’s history, duo queue partners have always found innovative ways to stand out from their teammates and show loyalty towards each other. In most instances, it’s a summoner icon, club tag, or a matching duo name. The latter is what attracts us, at Turbosmurfs.gg, as we’ve found some really interesting LoL duo names that you can use. For that reason, we’ve compiled a list of top 15 best duo LoL names. 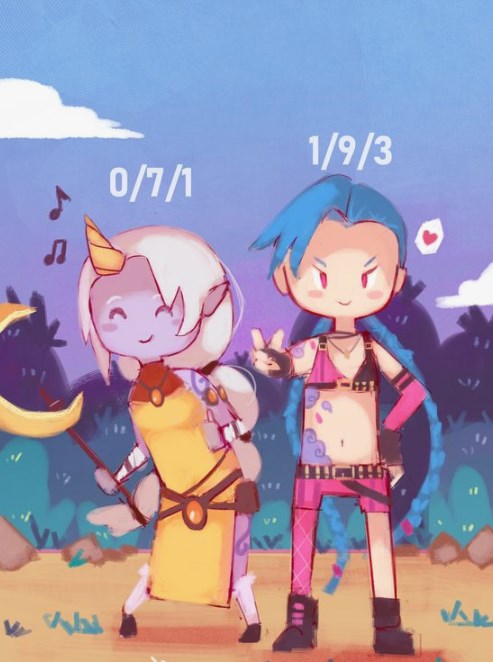 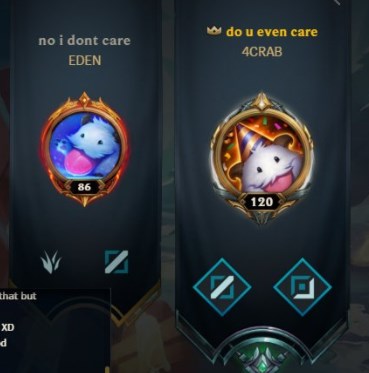 We kick off our list with a basic combination of names in which one answers the other. In this instance, it’s Do u even care, and no I don’t care, but you can experiment as much as you’d like with this one. Some other cool ideas are:” Do you even Lift” / “No I just Double” (Doublelift reference), as well as “Where is my support” / “I’m warding the river”. Get creative with this one! 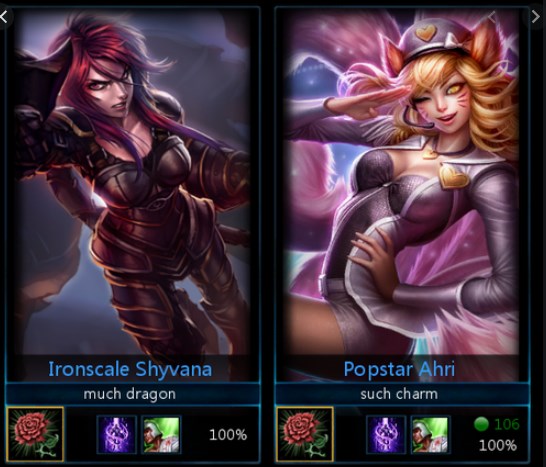 League Of Legends players, just like everyone else, absolutely love memes, and there’s no surprise that there are a plethora of summoner names referencing popular internet memes. The much dragon/such charm name combination refers to the viral Doge meme that was trending in 2013. You can get creative with this one and reference memes such as “All star”, Ugandan Knuckles, or even Harambe! 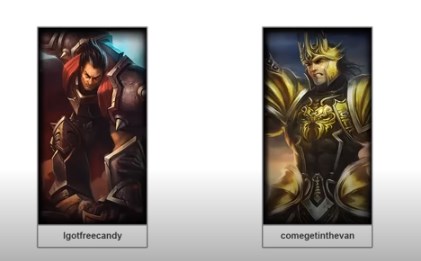 This is another great example of a troll name that you can come up with your buddy to light up the pre-game lobby. Some other cool matching duo lol names are: “I can’t crit” and “Calm your crits” as well as “Morgana Banana” and “Morgana Freeman” 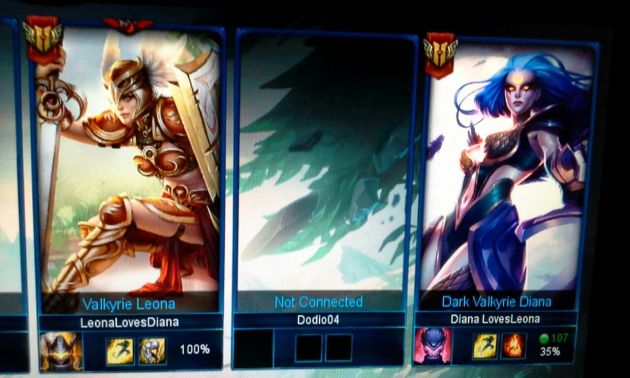 League of Legends players love a good lore-related summoner name and there is no better pair than Diana and Leona. Their stories are intertwined as Diana and Leona are historical rivals, with one of them worshipping the sun and the other serving the moon. As their lore progressed over the years, Riot is actively trying to get Diana and Leona working together to fight against the evil powers of the Void. That being said, some other cool names similar to this one would be related to Yone’s and Yasuo’s rivalry, given the recent release of Yone, as well as Vi and Jinx’s rivalry. 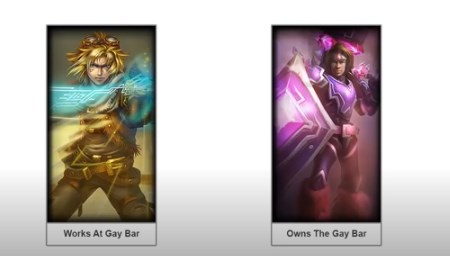 We break into the top 10 with an absolute classic. We are, of course, talking about summoner names that refer to Ezreal and Taric having a gay relationship. Originally, this joke gained popularity because of Ezreal’s occasional feminine behavior and Taric’s pink cheerleader-like skin. This joke was more popular in the early days of League of Legends, as players have even written comedy fanfiction about these two being in love. In 2020, this meme is still fresh as ever, and people are still changing their usernames to show their support for the love that wasn’t meant to be

The Hehe XD combination of names, unlike the previous entries on this list, only recently emerged onto the scene with the increase in popularity of highly controversial player named Tyler1. In general, this is used by the fans of T1, mostly as a way of disrespecting the opponents they smash on their way to victory. You can find the origins of the Hehe XD meme as well as the complete history of Tyler1’ on our website. 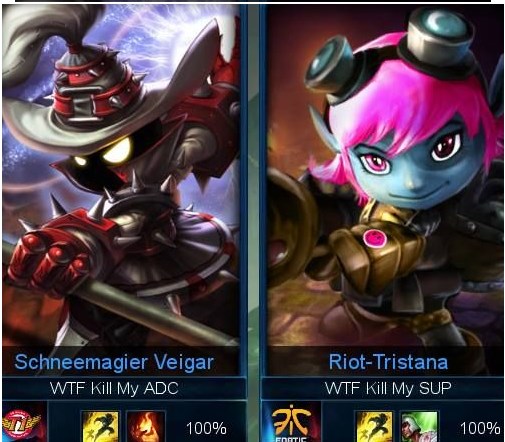 If you’re a bot lane duo, there’s nothing cuter than to show love for each other through your summoner names even before the lobby starts. This way, you let the opposing team know that you’ll live and die by your premade’s side. 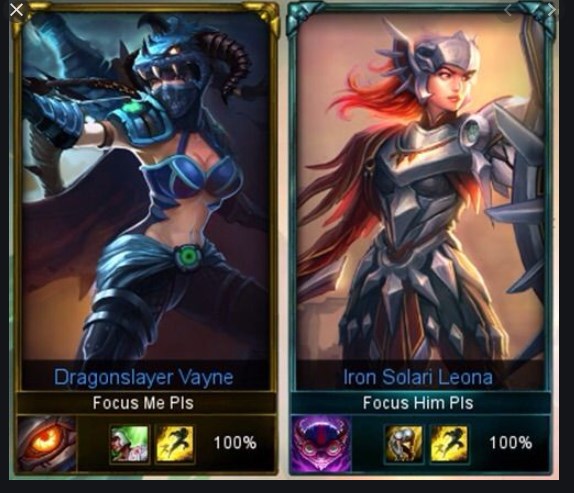 Matching troll bot lane names are the best thing to see before you enter the game. With these people, win or lose, you know that you’ll have a good time chatting and playing the game. If they’re making fun of their premade, you know you’re in for a fun game on the rift. Other sweet alternatives are “Kill him first” and “Why always me” (a reference to a gesture by a football player named Balotelli), as well as the basic “My ADC sucks” and “My support sucks”. 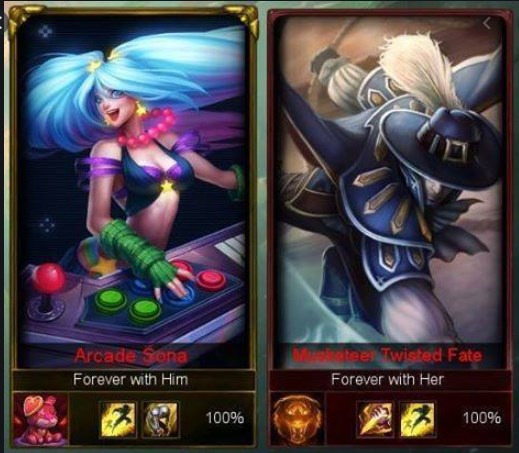 What’s better than having a girlfriend? Having a girlfriend that you can play League of Legends with. That becomes even more of an advantage if you have matching names to show your true love and rub it in everyone else’s face. With names like these, you’ll surely make a couple of players jealous. Some other lovely couple names are: “Never one/”Without the other” (Kindred reference) as well as “Her shadow”/”His Light” 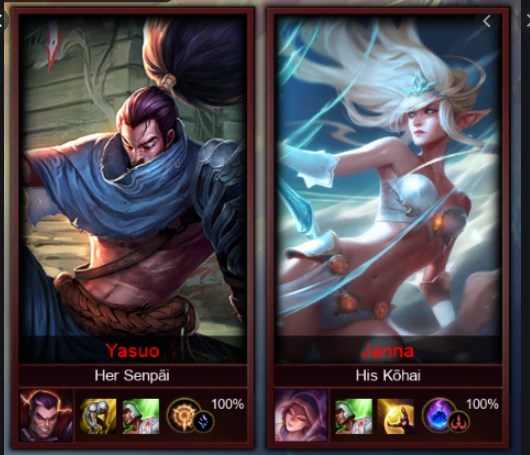 This entry is quite similar to the previous one but simply takes the cake as it refers to Japanese culture. Senpai and Kohai, in Japanese culture, represent a bond formed between a teacher and a student. Senpai is the teacher who is experienced and well-versed while Kohai is an inexperienced newbie that has to prove itself and show respect to the teacher. While their relationship doesn’t necessarily have to be romantic, their fates are often intertwined. 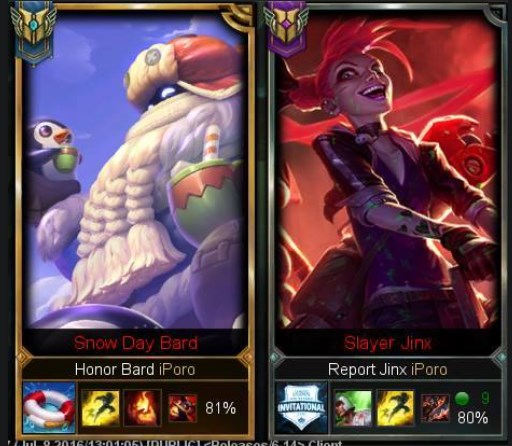 We enter the top 3 with an absolute classic. Honor a champion and report a champion name are a combination well-known to any League of Legends player and for a good reason. These names simply never go out of style. They aren’t hard to think of and will always get a reaction from your opponent. In most instances, players will show more respect to your skill if you have the name of your favorite champion as your summoner name, and honor/report variations are always a stellar choice. 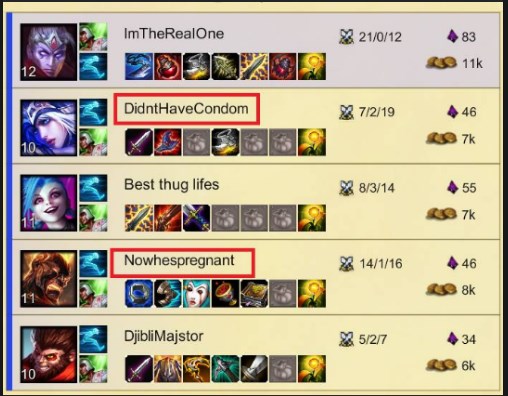 Sexual references, when it comes to summoner names are always a blast to come by. In general, League of Legends can be a stressful game, and coming across players that decide to have these silly names is always a fresh breeze. Other great alternatives are: “She was a Virgin”/”Until now” and “SheZed”/”Her parents weren’t home” 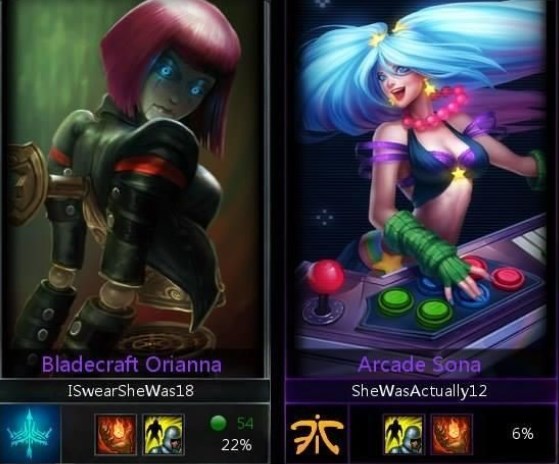 The #1 pick should come as no surprise as the League is swarming with duo names like these. One of the partners usually claims that the girl was an adult while the other one simply negates it or mocks it even. If there’s something that will never get old in League, it’s Summoner names like these and they’ll be a solid pick for years to come. Other good alternatives are “She Zed she Was 18” / “Of course she lied” and, “I thought she was 18” / “Now you’re in jail”.

Laughing at the last one. Thats some good usernames ngl