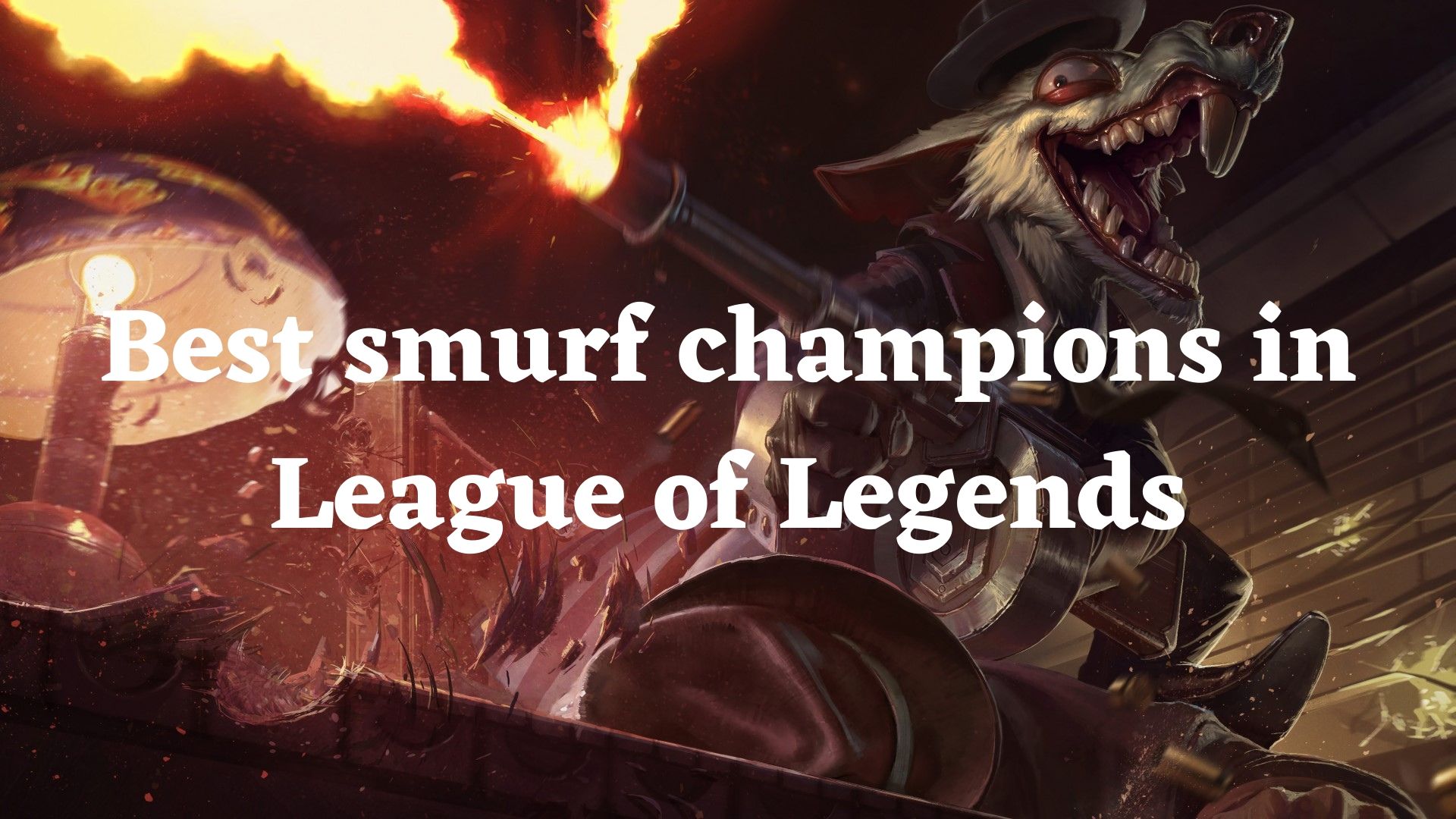 If you are looking at this article, that means you DEFINITELY want to climb up some ranks in League of Legends! Don’t worry, as we got YOU covered by listing OUR five best champions to climb up the solo queue ladder. In this article you will read about five champions you definitely need to play in order to be the best rank possible.

We will start off with a champion that can play either in the jungle or in the mid lane; Ekko.The versatile champion is an great option to play, mainly due to his burst and quick trades that Ekko can make. And of course, the champion is fairly easy to execute! If you ever find yourself in a sticky situation, you can always make use of your “R” key. His chronobreak (the Ekko ultimate) is an great tool to make your opponents think twice about engaging onto you.

As Ekko, your job is to  burst out the backline  in order to win teamfights for your teammates.Unless you get heavily crowd controlled, there is always an option to fall back with your ultimate. Don’t be afraid to use your cooldowns, as Ekko has low cooldowns overall.

Ekko’s core items are Protobelt and Lich Bane. An additional item such as Zhonyas Hourglass can be good as well. When coming down to late game, it is wise to go Deathcap or Void Staff depending on how much magic resist the enemy has.

The skill order of Ekko is usually  R -> Q -> E -> W . For the jungle you start with W, then Q and then E,  whereas in the mid lane you should start with Q, then decide between W or E. Usually choose W when getting pushed in, E when going for a burst trade and have the first push.

For runes and masteries, there is a difference between the jungle runes and mid lane runes.In the jungle the main runes that you should take is Dark Harvest, while in the mid lane themost prominent rune is Electrocute for quick burst trades. 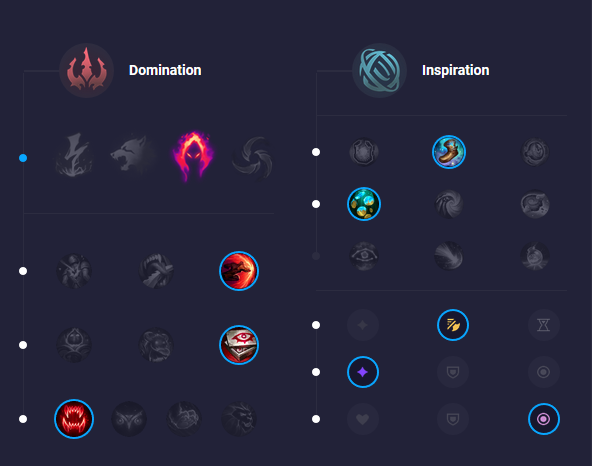 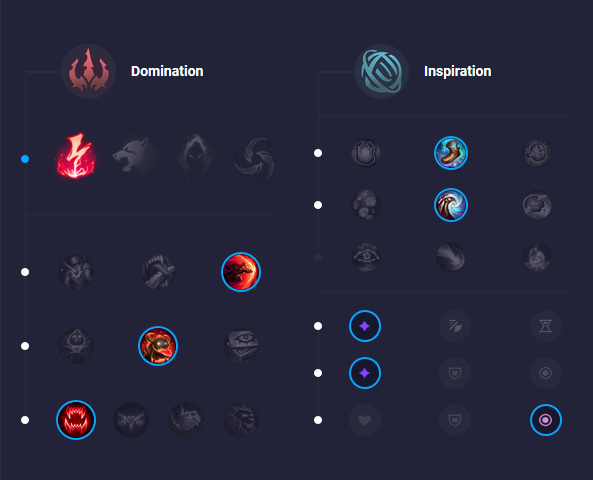 The second jungler in our list will probably not come off to many as a surprise. The sinister jungler is an really great solo queue pick that will haunt your opponents into an nightmare. A good Evelynn player can be really frustrating to play, which is why the champion is really high up on our tier list. Being stealth after level six, she can bring a lot of power in team compositions due to how the solo queue environment works (chaotic!).

On Evelynn, it is always a certain case that you need to have your stealth in order to be a treat for your team, so ganking a lane early can be difficult at times unless it is a free kill to gain. Your job as Evelynn is  to pick off stranglers that are separated from their teammates.   Usually squishy champions like bot laners and supports are a good target to pick.

Your core items on Evelynn are magic penetration items. Early items such as Sorcerers shoes and Oblivion Orb can be really good purchases to make. Additionally you can build items like Lich Bane or Zhonyas Hourglass. In the late game, you definitely need an Deathcap to amp up your damage for the later stages.

Runes and Masteries are the same as well every match. Electrocute is the best match in order to instantly one shot your enemy opponent. 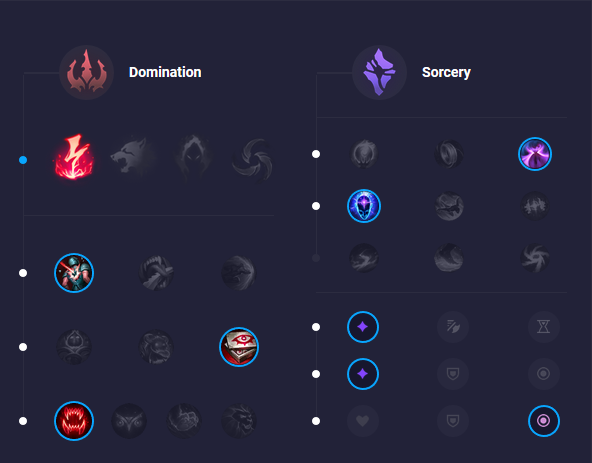 On our third pick we will have the void king himself; Kassadin!  The champion is famously known for his level 16 power spike, where he will obliterate opponents with his rift walk. The champions is really strong in the right hands and can dominate the enemy, as long as you don’t feed away. Kassadin is a great pick if you know your limits and know how to be a patient player.

As Kassadin, your job is to  survive the atrocious early gamewhere you have rely by playing under your own tower. Being a champion that is melee and weak wave clear, Kassadin can struggle against champions who have a good wave clear. It is up to your ally’s to react whenever the enemy mid opponent is roaming against you. In the late game, it is your time to shine to instantly one shot and dominate team fights, as no one can stop you and yourpaths to victory.

The core items of Kassadin are Rod of Ages, followed by Seraphs Embrace. After that you can build a Lich Bane, Morellonomicon or Zhonyas Hourglas, what ever you might need against your opponent. As a final item you should look towards having a Deathcap or Void Staff, in order to do the maximum damage possible.

Skill Order of Kassadin is usually  R -> Q -> E -> W.  Go Q on level 1, in order to have even trades, following by W for better csing. After that you can either put an extra point in Q or go E on level 3.

The runes and masteries on Kassadin are Fleet Footwork. It is also important to have Presence of Mind in the precision tree in order to have the maximum mana possible. 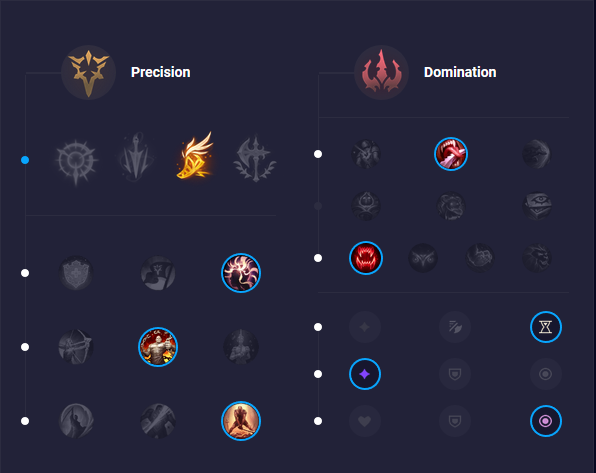 Lastly we have our bot and support duo. For bot lane you can pick Kog’maw or Twitch, depending on your preferences. But Lulu is a must for your support.The reason for this duo composition is because they both are really good carries to be enabled by Lulu. With an unhealthy amount of protection, the duo lane can dominate the rift in no time.

For Kog’maw and Twitch, it is important to  know your cooldowns alongside your support partner.  It is also important to note that you usually weak in the early stages, but with Lulu things change. You are still weak, but not as weak as then normally.

Lets first talk about Kog’maw. For Kog’maw your core items are going to be: Blade of The Ruined King, Rageblade and Runaans Hurricane.

On Twitch, Infinity Edge followed by two Zeal items is the best option. The items that you want to go for are Runaans Hurricane and Phantom Dancer.

On Lulu you should always go for Ardent Censer first, after that a Redemption or MikaelsCrucible can be good items to amplify your hyper carry. 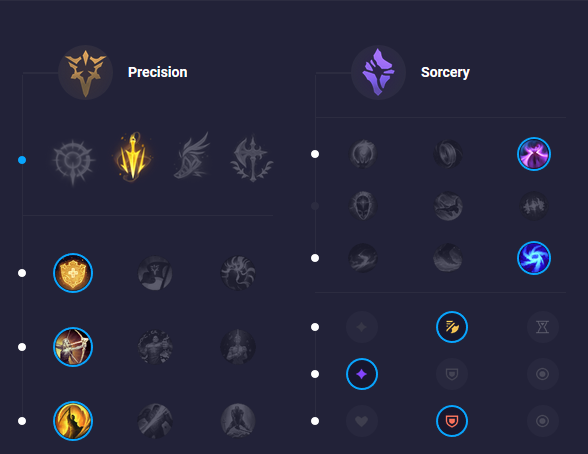 On Twitch, your maxing order should be  R -> E -> Q -> W.  Straightforward, your E sponge is the most damaging ability in your kit, followed by the utility of your Q and W. 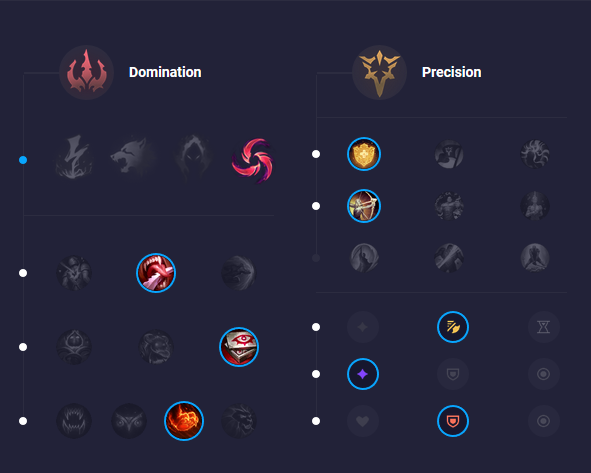 For Lulu,  R -> E -> W -> Q  is an great option. There are some varieties like three points in E,followed by maxing W. The reason why, is because you use three points in E for laning phase,and maxing W for team fights where your Kog’Maw or Twitch can shine. 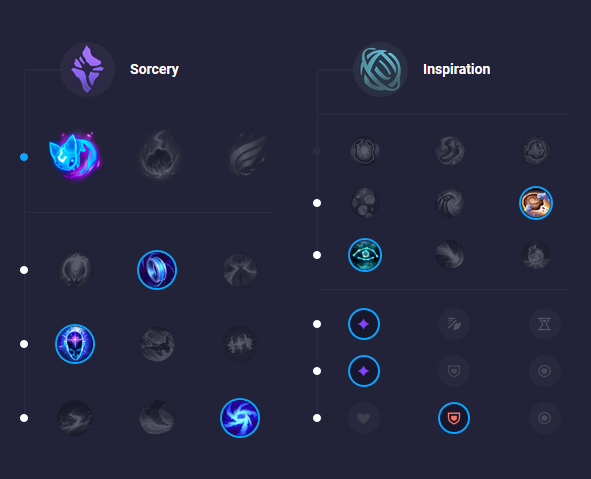 If you liked this article, you should follow our blog and our writer for more updates about the strongest champions in League of Legends to smurf with!

Senna is also not bad, you just need to be a little more agressive in lane. After all that you can 1v9 all the time with insane damage output. Also ulting someone at the end of the map is very fun, so definitelly worth the try!