☀️ Looking for boosting? Check out our newly launched boosting service, 20% off all orders! 🚀 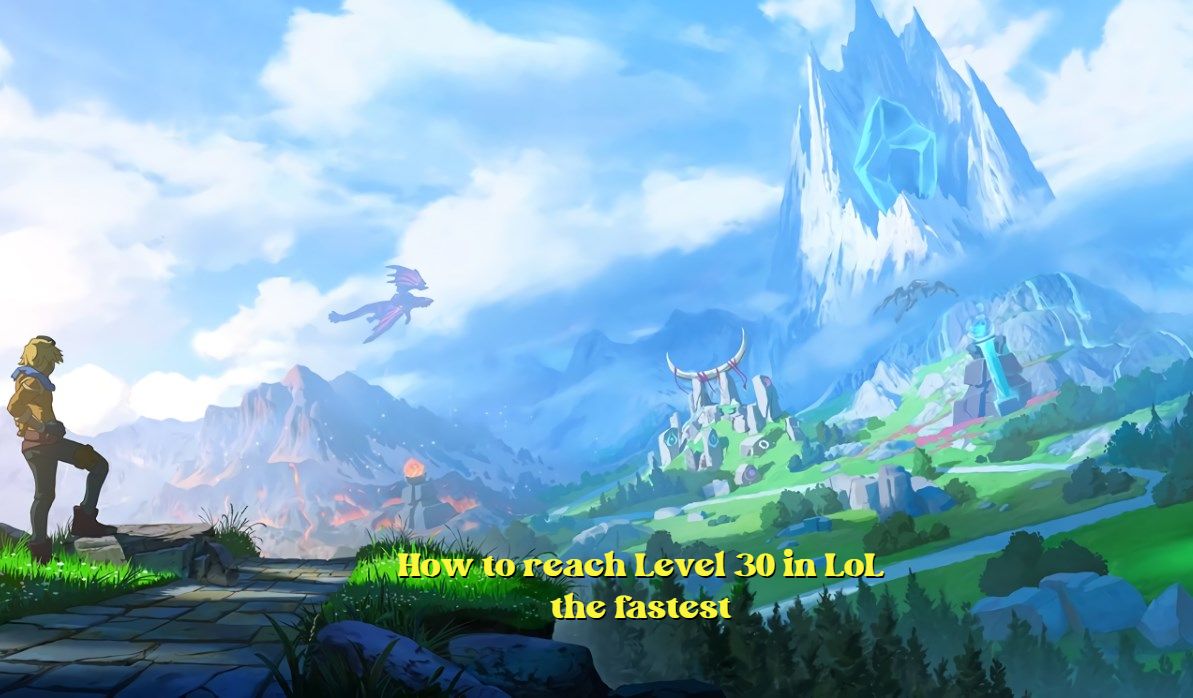 Just like in real life, everybody needs a fresh start in League of Legends. Whether it’s because you’ve ruined your MMR and you gain 14 LP per game or it’s because you got permabanned on your main account, there are many reasons why you’d want to create a new account and begin your League of Legends journey from scratch. However, there is a major issue and it lies in the fact that you cannot play ranked until you reach level 30, and leveling up nowadays is a tedious process that requires a lot of time and effort.

Buying a smurf account with fresh MMR is undoubtedly the fastest way to reach level 30 and play ranked in no time. If you prefer to do it alone though, there are certain ways and methods you can use in order to make the leveling process much shorter.

Play Co-Op vs AI with an XP boost

The #1 method for leveling up fast for years has been spamming bot games over and over, Logically, winning games in LoL provides more XP than losing, which makes playing against bots a great option, as it’s basically impossible to lose the game. The games last shorter and they’re easier which means you’ll sweat less in this tedious process. That’s why Riot has tried to nerf it several times by reducing XP gains a player gets by playing against bots.

However, there is a way of abusing the co-op vs AI method and it involves an XP boost purchase from the store. If you’re willing to spend just $5 on the leveling process, playing against bots is the quickest and the easiest way of leveling up to level 30.

What is the best and cheapest XP boost?

There are two versions of XP boosts that exist in the store, the regular XP boost, and the wins XP boost. Both of these versions cost a lot of RP and are generally cost-inefficient in comparison to the best XP boost that you can buy in the store which is a part of the starter pack bundle.

Generally, a lot of players aren’t familiar with these starter packs as they’re hidden in the store’s champion bundle section which nobody really pays attention to. There are five bundles that fit these criteria, one for each role on the Rift.

The aspect of these bundles that makes them OP is because they contain a 14-day XP boost which on its own usually costs 925RP ($7.10), while the bundle as a whole costs only 650 RP ($5). Additionally, these XP boosts stack, so if you’d theoretically buy two bundles, you’d get two XP boosts which would last for 28 days! Furthermore, these bundles contain 3 champions of the role you’ve chosen equipped with 3 skins on top of that, and a cute icon, making them one of the most cost-efficient purchases in the game.

Last but not least, there is also a free 3-day XP boost that can be acquired from completing daily LoL missions which will provide a shortcut in your climbing process should you decide not to spend any money.

How long does it take?

Depending on the choice you make of buying or not buying the XP boost, the length of your path to level 30 varies.

If you end up buying the 14 day XP boost, your climb to level 30 will last for about 60 AI wins. If you play the bot games correctly, the average game time will last anywhere from 11-14 minutes, meaning that you’ll play around 60-80 bot games depending on your efficiency. On average, it takes anywhere from 15-18 hours of active playing against bots to reach level 30 with an XP boost and it’s the shortest method of leveling up.

Sadly, if you’re not willing to pay the $5 to get an XP boost, playing against bots is extremely inefficient because of the level nerfs that Riot introduced.

Depending on your level, beginner Co-op vs AI games provide:

Taking these stats into account, it would take more than 200 hours of playing against bots to reach level 30, which is extremely tedious and time-inefficient, and we wouldn’t recommend it to anyone.

How to farm XP against bots and win the fastest

Farming XP against bots is an extremely boring and tedious process that requires a lot of time and very little effort. Luckily, We’ve created the best strategy to win as many bot games as possible in the shortest time span. In general, this strategy is a lot easier to pull off if you’re working with a group of players that are on the same page, but you should be fine on your own, even if it takes a bit longer. 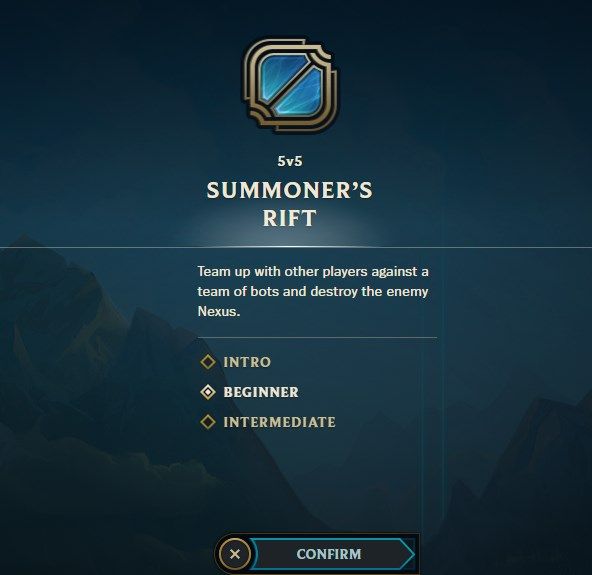 First of all, you’re gonna play beginner bot games as the beginner bots are more predictable, and controlling minion movement is a lot easier. Additionally, preserving your minion waves and pushing with your minions is crucial to ending the game as soon as possible. When it comes to in-game strategy, you’re gonna play only bot lane. You may ask yourself: “Why would I play bot lane out of all lanes, ADCs suck.” We hear you on that, ADCs do suck, but hold on. Playing bot lane provides you with an advantage in terms of turret pushing, as bot lane turrets have no inherent resistances. That means your attacks will deal full damage to them, instead of a percentage they’d otherwise deal.

Furthermore, there are two main strategies that you can employ in order to reach the nexus the fastest. One of them is to stick to pushing the bot lane until you reach the nexus, and the other one is to rotate to the mid lane and take the Herald once you’ve destroyed the first bot turret. Keep in mind that you’ll only want to drop Herald once you’ve pushed the inhibitor because the Nexus turrets are the hardest ones to take.

The champions and items

Logically, there is a certain array of champions that accomplish the job most efficiently and save you the most time during this tedious process.

The first type of champions that you can play are AP bruisers such as Mordekaiser or Volibear, which have a lot of waveclear and dueling potential. Having consistent waveclear and pushing power while being able to duel multiple bots at once is crucial, which is why these champions are the best suited for the job. Another aspect that makes these champions strong is because they can start with Dark Seal, which can be further upgraded to Mejais, giving you free stats because of killing bots. Furthermore, these champions take Herald very easily because of their kit, if you decide you want to win through that method.

If you’re not a fan of AP bruisers, Fiora, Yasuo, Tryndamere, and Olaf are great picks as well. All of these champions have incredible waveclear and stats that make them useful for this purpose. Fiora has the worst waveclear in this group, but she makes up for it with her Q that can hit turrets. Yasuo has incredible waveclear, can kill bots easily, and has a fairly high base attack speed. Tryndamere, on the other hand, has an AD buff on his Q, while Olaf has insane attack speed boosts in his kit. Tristana is a small exception to this list as she is a ranged champion, and she only gets a mention because of her e+passive, which allows her to tear down turrets and waves in no time. As far as items go, since there’s no sword of the occult anymore, you simply aim to build the same items you’d usually build on these champions.

All in all, you can pick any one of these champions we’ve listed, or even try out your own pick, as long as you keep doing the same strategy.

The runes and summoner spells

As for your runes, there are a few ones that make a difference when using this strategy. First of all, you’ll opt into the Precision tree, choosing either lethal tempo or conqueror. Conqueror is useful for prolonged fights with bots because of healing, while lethal tempo increases the attack speed of some of the champions we suggested astronomically. Moving on, you’ll get Triumph in your first tree as it provides you with sustain and gold on every takedown, followed with alacrity for added attack speed, which is useful for killing bots and breaking down towers. Last but not least, you’ll take coup de grace to kill low HP bots easier. The second tree is very important as well, and you’re going to choose Resolve. The main reason you take this tree is because of demolish, which helps you break down turrets faster and is essential to this strategy. The second rune can be either revitalize or bone plating, depending on the champion you’ve chosen. If you’re choosing a different champion to complete your journey, make sure to stick with demolish as it’s the most important rune that buys a lot of time during the pushing process.

For your summoner spells, you’re gonna take smite and teleport. When it comes to your smite, you want to use it whenever it’s off cooldown to smite cannon minions in order to push the wave faster. Teleport, on the other hand, is used to getting back to lane faster and when the bots occasionally get the better of you. It’s good to remember that dying to bots is not the end of the world as long as you buy your items and continue pushing as soon as you respawn.

Alternatives to Co-Op vs AI

Understandably, not every player wants to repeatedly play against bots, as it gets extremely stale and boring after some time. Luckily, there are other alternatives you can use in order to reach level 30.

ARAM games are generally some of the most fun ones you can play in League as they test your skills on different champions. The game mode is generally relaxing and it doesn’t last for too long while providing a solid batch of XP in the leveling process. On the other hand, blind pick is the other common alternative which is the traditional way of leveling up your account. If you don’t have an XP boost, we’d recommend playing ARAM and Summoner’s Rift and traditionally level your account as you usually would, because you’ll receive more XP than you would be playing bot games. While these methods are more difficult in terms of winning the game itself, they’re more entertaining and interactive. All in all, if you purchase an XP boost, you’re looking at about 50-60 Summoner’s Rift blind pick or ARAM games until you can play ranked. On the other hand, if you’re not someone who’d buy an XP boost, you’ll play more than 200 regular games until you’ve reached level 30.

No Comments on this article